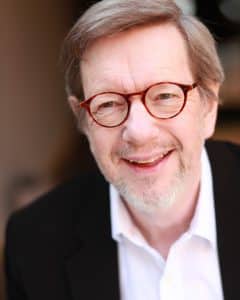 Mike Grady’s career has spanned more than 40 years, and includes theatre roles at the Royal Shakespeare Company and London’s Royal National Theatre, as well the West End. His television roles have included Minder as Kev in the Series 1 episode The Bengal Tiger, Citizen Smith (series regular), Dr Ballantyne, Sweet Sixteen, Last of the Summer Wine, Colin’s Sandwich, Up the Garden Path and Not With A Bang. His film credits include The Return of the Pink Panther opposite Peter Sellers, Carry On Loving and Bert Rigby, You’re a Fool.

Vincenzo} Hello Mike. Thanks for taking part in My Vincenzo Photography BLOG, A SNAP SHOT WITH. What are you up to today Mike?

Mike Grady} I am preparing to perform an audio book. I really like this work but it is very badly paid. Equity is looking for a strategy to try and negotiate residual fees, sales etc. But we are not in a strong position. Anyone coming into our profession should know this. Apart from that I am very creative, writing, preparing for an audition.

Vincenzo} It’s been a while since I saw you last Mike. Was it in Byron’s having a Cheeky Hamburger or was it during Josie Rourke’s Much a Do About Nothing at the Wyndhams?

Mike Grady} Last time I looked, Vincenzo, it was WILLIAM SHAKESPEARE’S Much Ado About Nothing!  I recall we grabbed a coffee near Wyndhams and reminisced about the shocking behaviour of our colleagues in Dressing room 26! Anyone who thinks this a glam job should have seen us, six big hairy  blokes, farting and cramped in a dressing room built for three midgets and a contortionist. It was the funniest time and whatever the show was like WE had a riot. We laughed more than was legal. Dressing room 26, Wyndhams was the place to be last Summer.

Vincenzo} Do you take on roles because of the money or because It’s a great role, or gig, great cast, or even director that you like?

Mike Grady} Absolutely all or any of the above. I have been acting for close on fifty years. I have worked in theatre, films, television, radio, voiceovers, audio books, commercials, poetry readings. I have played Lords in Shakespeare, Dames in  Panto, leading roles, small character parts. I have worked with some of the greatest directors in the world. Lindsay Anderson, Roger Michell, William Gaskill, Antonia Bird, Tom Conti, Simon McBurney, Blake Edwards, Ridley Scott, Tony Scott,  Jack O’ Brien. They are people who shook up our theatre and film worlds, made it fun to watch, intelligent, innovative, and exciting. Sometimes I was paid a lot of money, more often, not much. Little  studios or exotic locations, they all come into play when choosing the work. Money HAS to feature if you are going to call yourself a professional. If you are wealthy it may not matter so much.  Getting paid is important, even if the fee is small. It is important to always get paid SOMETHING when people want you to work for them. Too often the actor is the only person on a set working for nothing.

Vincenzo} Everyone loves “Last of the summer wine” which ran for a long time. You appeared in as Barry Wilkinson. A great British comedy which my gran still loves!! WAS Nora Batty (Kathy Staff) a real sex Goddess in your eyes or was that just television?  Seriously, was that good fun and what was the audition/meeting/casting process like?

Mike Grady} Nora Batty was hot, it cannot be denied. The locations were spectacular. It was one of those great jobs that paid the rent and was fun to do. The writing was sublime, cleverer than many flashier sitcoms and I loved it.

Vincenzo} Did it take a while for the producers to give you an idea of your story line before and after the casting/meeting?

Mike Grady} Writer Roy Clarke always knew his mind and the situation was already set. A new family was being featured in the series led by Thora Hird and Michael Aldridge. At the time I was quite successful in other series and commercials and a long run in the West End. The director rang,  we met up in a pub, he had already decided to offer me an episode so we shook hands on it and twenty four years later we said thanks very much and moved on. Nice job. Several hundred episodes, four months work each year.  Between series  I toured a play with Tim Brooke Taylor to the far east, worked at the National Theatre, toured India and Europe for Complicitè,  did three other series on tv and thousands of voice overs. A creative period.

Vincenzo} Did you know that it was in the bag when you left the room?

Vincenzo} Is auditioning a process that you enjoy?

Mike Grady} Of course not. It is a lottery. A gamble. I don’t know anyone who actually enjoys it although the casting people and directors try and make it as pleasant as possible. They don’t always like the process either but there is no better way to cast than to work out with the actor.

Vincenzo} I guess at this stage you are more or less asked to go for a meetings with directors for a bit of a chat rather than auditioning or reading for a role? That’s a place all actors wanna get to right? Is auditioning the only way to sus out if someone has talent for a specific role? Any other ideas that would work??

Mike Grady} Wish that was true, Vincenzo! Those days are gone. Much theatre and TV is very corporate now. Stars don’t audition but the rest of us do. Even actors who seem very successful have to audition. Remember, very few directors or producers actually have the final say. That audition recording goes up to a committee of accountants  who know very little about what we do, and it is THEY  who make the decision to hire you or not. They know little about how actors operate.   In the advertising world they used to say Don’t sell the sausage, sell the sizzle. It’s a bit like that in auditions. Prospective employers don’t always know quite what they want so if you can bring a bit of sizzle to the room, show enthusiasm, make them laugh, it might generate something.

Vincenzo} How do prepare for auditions and has it changed since you left Citizen Smith, Last of the summer wine? Any special thing you do or did in the past that you could share with our drama School readers and even seasoned professionals ?

Mike Grady} Read the whole script. Learn the lines so that when your audition is being filmed you can keep your eyeline at camera level and not refer to a script.  Your chances of getting the job increase by a huge percentage. Listen to what the director says. Sit still. BREATHE. I have sat in on theatre auditions and actors sometimes  lose the job almost as soon as they walk through the door, before they read. Body language is quite important. Show no fear. Don’t be cocky. Don’t be arrogant even if you did have  a great review in The Stage for that fringe musical about puberty. Other actors will offer you different advice. So trust your own instincts. Use common sense. Each situation is different. Try and see it from the director’s pov. They want reliability. They want to be reassured that you are confident in your skills, that you will commit. And, crucially, they need to know that you are cheap. Good luck.

Vincenzo} Is learning lines for a tv, film, or a theatre casting role OK in the uk? Or ? Any hints that tend to work for you Mike?

Mike Grady} Having said learn your lines, I must add that there are so many other elements that come into play. At least be very familiar with the script. I am a slow study and like to learn in response to what is happening in the scene. Hamlet’s speech to the players is the best modus operandi there is. Because most people don’t really understand what actors actually do, they think line learning is easy. Those with photographic memory are blessed.

Vincenzo} You tend to do lots audio and voice over work. Any advice you can give to our readers about getting into that tough arena?

Mike Grady} Write yourself some commercials. If you are not a writer, transcribe some ads from the radio. Practise them, try and get some tuition from a fellow actor. Do them in your own style. Rehearse. Then book a studio and record them. I used ID Audio but there are several others. If you have commercials or audio work already broadcast, take it with you so that it can go on the voice reel. Choose some passages from a novel you are comfortable with. Record that. When you have your master disc, no longer than a few minutes,  put it on your agent’s website, put it on The Spotlight website, send pdf’s to anyone who might be interested, send hard copies of the cd to anyone you can think of. Be prepared to be completely ignored or at best, rejected. Keep sending. I sent dozens and dozens and finally got a voice over agent. Good luck. Remember, if the disc brings in one job it will have paid for itself.

Vincenzo} Anything that you would love to do in the future? directing or any part that may have Mr Gradys’ name on it?

Mike Grady} I couldn’t direct TRAFFIC, Vinny! But unlike some of the directors I meet,  I KNOW it and won’t bullshit. I like being in good companies. So working at the National was a real treat. I like performing in the the West End. I would like to continue performing audio books but I would like to get the employers to recognise how much preparation they take and include that in their fees.  I love New York, would relish doing a run there. I liked working on really big films too. I would like to do more Shakespeare, I love the chorus, Fool, parts like that. I will tackle most things. I doubt if I am being considered for the next Bond or Batman.

Star Sign: Aquarius. We Antiquarians don’t believe all that astrology shit. It’s one of our traits.

Favourite holiday destination: A lighthouse in Devon, on a cliff top so quiet you can hear the beating of gulls’ wings in the still sea air. Paris. New York. Jordan. Scotland. French countryside. I quite fancy a trip to the South Pole.

What music are you listening to currently?: I pretty well stopped after Sergeant Pepper. Though I thought Eminem was the wittiest writer in the world for a long time. Still do. Mostly i hear radio 4 or the sports channels.

If you had an Oscar or BAFTA where would you leave it? : In the boudoir of the glamorous wife of the most dangerous thug in Chicago.

Thanks so much Mike! Great advice for our readers. Tune in again soon for more…
© Vincenzo Photography
Mike Grady is prepresented by the BWH agency. Feel free to check out my interview with one of the agents at BWH.
SHARE THIS STORY